It is so rare that we hear other peoples money stories,  so once a month I like to share an inspiring money story written by the person themselves so you can get a real insight into their money mindset, their challenge and the successes they have made.

With Summer break nearly here and thoughts turning to University this is invaluable reading for would be students and anyone with kids.  Read on to learn some more….

This months Money Story blog is from the amazing Todd Brison.

“Student debt is suffocating my country. What started off as a good idea to level the educational playing field has turned into a nightmare for the average American.

We’ve borrowed 1.2 trillion dollars for school as a nation.

My friends across the pond are struggling with the same issue. The majority of University students in England will be paying back loans in their 40s and 50.

This has to stop.

First off, let me clear all the “skeletons” out of my closet so you know my history: I am a white male who lives in America. That alone lands me in a pretty good position in the world. I’m not confused by the fact life has been easier for me than it is for some.

But it’s not like my parents passed down massive wealth. They were both teachers. Early in my high school career, my mom left the public school world to tutor privately. She made less, so we cut deeper.

On several occasions during this time, our family ate beanie weanies – a bowl full of beans and chopped hot dogs – for dinner. Not for a snack. That was it. That’s all we had. So that’s what we ate.

Because of those sacrifices, I had $14,000 saved for my college career.

I then enrolled in a university…

At this point I learned a lesson most don’t learn until much later:

The money you spend in college is actual, real money.

I know, I know. Groundbreaking, right? It so simple, but while everyone grasps this concept on an intellectual level, nobody seems to be getting it emotionally.

There’s a funny thing about buying something with cash. Whenever you give dollar bills to a cashier, they give you the item you paid for, but they don’t give you your cash back. I know. It’s crazy.

So imagine, with this information in mind, that a young student walks into an admissions office. The nice lady tells him he can pay for school with (can you believe it??) just a couple signatures!

But this young student is no dummy. He knows he’ll have to pay that back. But then the primitive part of his brain, the one who likes two things more than one, gets loud:

“Well I do have to pay for school.”

“They wouldn’t offer me this if I didn’t deserve it. They want to keep me here”

Now the student is only one logical step away from (at least) 10 years’ worth of non-bankruptable debt. What’s even scarier is the degree alone barely means anything when it comes to success.

It’s the non-bankruptable part that scares me most. If you are an 18-year-old signing on to, say $12,000 dollars in debt to pay for your school, guess what? If your finances go south, that money won’t be forgiven.

I gave up my spot on the golf team, and changed to a public school.

I got a job during the summer so I could pay bills. I enrolled in the choir so I could get a scholarship. I worked at a newspaper on campus.

I don’t make crazy money, but I’m happy. I (usually) don’t stay up at night worried about money.

And you know what? Along the way I ate lots of beanie weanies.

They tasted better than you can possibly imagine.

Todd is a writer and who loves his redhead, Chacos, and sweet potatoes. 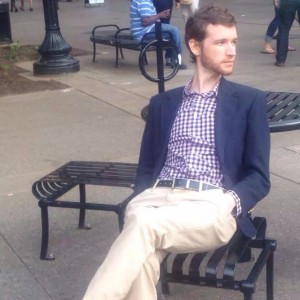 He provides inspiration to young students and professionals who realize life isn’t exactly going the way they planned. He has recently started bringing his talk “Writing, Social Media, and Life” to college students. Get inside his head over on Medium.

Liked what Todd had to say?

What’s your experience with student debt?

Did you flip your money mindset or wished you had?

Love to hear your experiences and comments below.

I was delighted to be asked to be a guest on Tipping the Balance with the lovely Katie Hickey. Katie … END_OF_DOCUMENT_TOKEN_TO_BE_REPLACED

OK there isn’t any other way to say this so I will come right out and say it. I’ve missed … END_OF_DOCUMENT_TOKEN_TO_BE_REPLACED